A Vanagon Kid is born 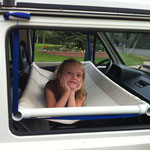 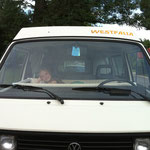 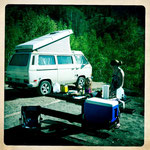 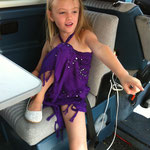 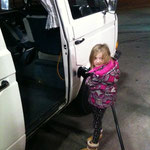 Ashley was 6 when we got the Vanagon and it's been a pretty significant part of her life ever since.  I took the idea of the front seat sleeper from TheSamba and created a collapsible version that stowed in the pop top mechanism.

Ashley now drives!  I bought her a stick shift 2001 Honda Civic, because everyone should know how to drive stick, and one of these days she'll get to drive the Vanagon herself.

More info on the hammock here on TheSamba - and I don't think Terry Kay even bad mouthed it!  (Inside joke)