Maybe like me, you started your radio adventure in GMRS and have since gained your ham license.  If so, you, like me, are probably slightly peeved at the hoops we have to jump through to satisfy FCC requirements.  It is what it is.

While nobody has yet experienced the FCC kicking their door down for using a ham radio on GMRS frequencies, doing so on a regular basis isn't something that is recommended.  GMRS radios are locked down so it's IMPOSSIBLE to use them to plod around out of frequency and interfere with other communications.  Hams study and test - to demonstrate that they have some kind of competency and understanding of frequencies and can be trusted with a radio that is capable of interfering with other communications if used incorrectly.   Personally,  to anyone considering using a ham radio for GMRS I would suggest at the very least, get your ham license to demonstrate that you have reached the required level of competency to use at all.

With all that said, I have no interest in getting into an exhausting endless debate about this subject. That's what facebook is for (yawn).  I'll just say that in my opinion, even someone who decides to skirt the Part 95 FCC requirement for GMRS shouldn't be so dumb as to hand a non GMRS radio to their kids to use for GMRS so a good GMRS legit radio (or 3) is always on the radar.

My favorite HT is an Anytone  AT-D868UV dual band / DMR radio and when I opened up the GR-30 I was surprised at how much it felt similar.  It's chunky.  It's solid.  The screen is better than adequate.  It's head and shoulders better than the piece of junk  Retevis RT76P that I have for the same price, and for reference  feels WAY better than  the ubiquitous Baofeng UV-5R dual band everyone seems to have 6 of sitting in a drawer.

Performance seems fine.. although that's subjective.  My test for any radio is whether I can clearly hit the local repeater 15 miles away from outside the house,  and from inside the house (even though I can expect a pretty scratchy signal).   Smell test passed.

Firstly, let's be clear.  I need another dual band HT like I need another hole in the head.  The ONLY reason I bought this radio is the intriguing fact that it's the "same" as the Radioddity GM-30 and I'll dig into that more later.

I'm not trying provide a full review of this radio.  I can only say that for $39.99 on Amazon Prime this is also a no brainer radio - and based on the reviews I would recommend it to anyone over the B word (Baofeng) which I wouldn't recommend at all. Just my feeling on it.  I haven't extensively tested it - so go read other reviews if that's why you're here.  This isn't a TYT vs OTHER review.  It's a look at why owning both of these radios is kinda fun.

I expected them to be out of the same factory / same mold / identical feel, but they are not!   The TYT is made of slightly more shiny plastic that gives a perception that it's a little more brittle.   I guess in modern electronics, matte plastic communicates a slightly more quality feel than shiny.  Still - perfectly adequate.

Both radios come with SMA Male antennas which are of course different.  The TYT antenna is actually shorter. Go figure.  These would not be interchangeable because they GMRS antenna will be optimized for a much narrower frequency range.  I think the TYT antenna is probably junk and should be upgraded if this is to be used seriously.

The Radioddity, unsprirsingly is locked to GMRS frequencies up there in UHF.  In the programming software, downloadable from Radioddity, you'll find that out of the box the radio contains a row for every simplex GMRS channel (with appropriate power settings) and one for each repeater frequency.  Much of the data in these rows is locked down, although can of course rename a channel, and set CTCSS / DCS tones.  Great news in that the very latest firmware update ( as of June 2021 ) did something really nice, which is to allow extra Repeater Channels to be added above these locked channels.  Personally, I reverted all the basic channels to defaults and added all my GMRS repeater channels in the new flex channel spaces. Nice.

The TYT out of the box has no VFO mode capability (in the US) but as soon as you open the box, you find a piece of paper that explains how to fix that.  After following a simple step, the radio opens up to allow VFO mode and by default it  has some extended frequency range, including GMRS frequencies.  I haven't dug into programming this radio yet, but for anyone who has programmed pretty much any chinese HT you'll find it very familiar.   I will likely only program this with chirp.

This is where things get interesting!

The GM-30s battery is a really weird (and wonderful) battery that has a USB-C socket and is charged via USB-C cable.  It does NOT come with a desktop charger.

The TYT UV88 comes with a more traditional battery and a desktop charger that has a 110v fixed cord on it.

The TYT is a 1400mah and the GM-30 is 1500mah.  The GM-30 is slightly fatter, I'm assuming to handle the USB-C socket and associated internal wiring associated with it.

On cross compatibility.  Now we are getting to why I bought the TYT.  A desktop charger for the Radioddity is $15.  The TYT that includes a desktop charger is $40.  See where I'm going here?

Does the TYT desktop charger work with the GM-30 battery?  YES.

Does the GM-30 battery work on the TYT?  YES 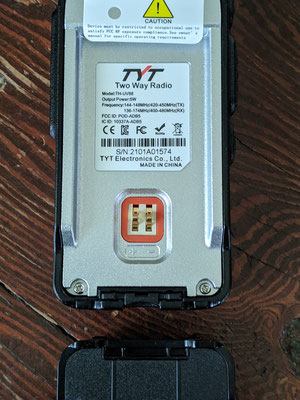 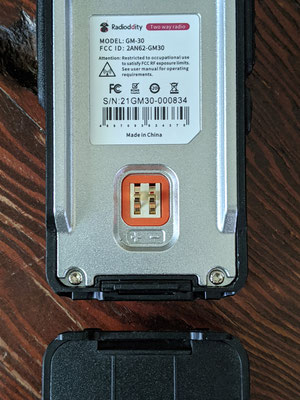 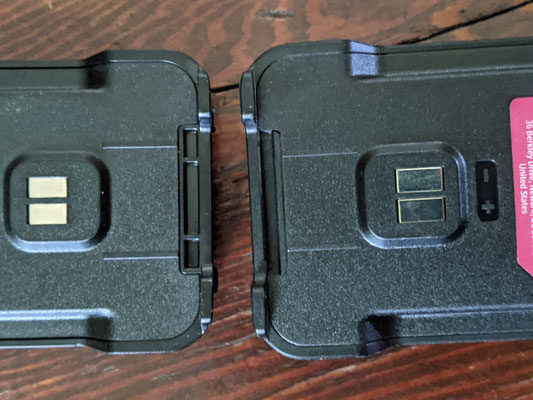 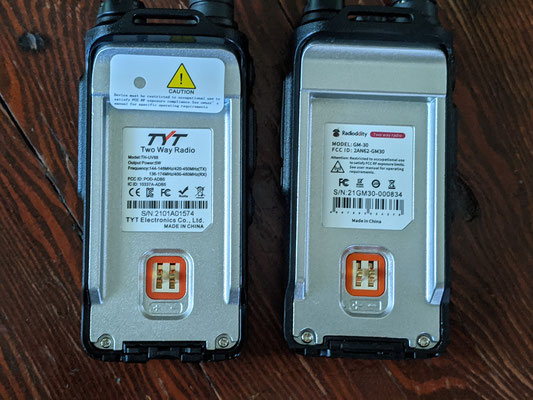 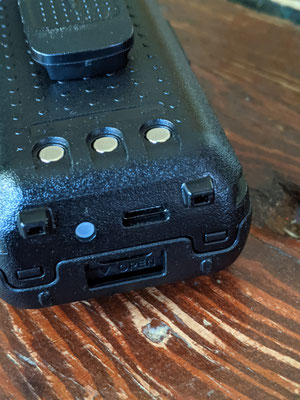 There is a VERY slight difference in the body of the radio and how it holds the battery.

It is perhaps because of this, the GM-30 has a wider contact area on the radio that goes into a wider trough on the battery.  The downside is that without modification, this wide contact are is incompatible with a couple of plastic lips on the TYT battery.  Not using the TYT battery in the GM-30 isn't the end of the world, but it's so easy to mod, why not?

Making the TYT battery work in the GM-30 is a 1 minute job.  All you have to do is remove the two cross pieces in the battery retainer slot.

A dremel would work well but I couldn't find mine (as usual) so I walked the battery across under a drill bit in my drill press.

This locks into the GM-30 now rock solidly.  When my dremel DOES show up, I'll clean it up a bit, but good enough.

So why by both?

I think it's become pretty obvious that buying both of these, that's a $100 spend, creates a pretty flexible setup.  Let's say you're jumping in the car on an adventure with your better half or your kids.  Here's what you've got.

When you get home, you can charge both radios in turn on the desktop charger.